Can Peabody students stop the floods?

Today, the Office of the President released the National Climate Assessment, a report that details the dangerous impact of climate change on regions of the country. But the kids in Peabody are already at work on the problem, thanks to some dedicated teachers and the volunteers of Green Peabody.

The northeast is due for more intense precipitation. And sea levels are rising. This likely will produce more flooding of downtown Peabody as the deluge will outstrip the flow to the sea, and at very high tides, the sea level already reaches downtown. When Peabody has 4 inches of rain and there is a high tide, the water floods the downtown. More rain and higher sea levels: a big problem. In Peabody there are people who don't believe in climate change, don't accept it is caused by human activity, and anyway consider it will happen long after they are gone. How can they be influenced to take a more realistic view and consider the future of their children?

Can young people make a difference? First, they are learning about climate change and the importance of saving energy through efficiency plus switching to renewable sources of energy. They are learning basic engineering skills. Second, their parents are exposed to the science and may begin to consider what they can do to influence the climate future, and assure a better future for their children.

On Saturday, May 3, 2014, hundreds of visitors attended GreenFest 2014 at the Captain Samuel Brown School in Peabody. The teachers and students carried out the theme of GreenFest 2014, "STEM Education for a Sustainable Future." (STEM=Science, Technology, Engineering, Math) GreenFest is organized each year by Green Peabody, a committee appointed by the Mayor of Peabody, Edward Bettencourt.

Among the many exhibitors were Peabody schoolchildren presenting a wide range of arts, crafts, and science experiments, all around the idea of a green, sustainable Peabody. Recycling and energy efficiency were featured by commercial exhibitors as well as by students. Other exhibits featured academic studies on flooding and marketing environmental issues to consumers, as well as several organizations involved in environmental education and preservation. Children were able to engage in crafts such as coloring and recycling plastic bottles, and creating unique fashionable wearables.

The focus on renewable energy sources was highlighted by several exhibits by students that involved constructing a working exhibit, carrying out experiments, and presentations with explanations of the working models.

James Broderick adjusting his water wheel power demonstration at GreenFest 2014. James is in the 5th Grade at the Burke school.

JJ Jalbert demonstrates his solar electric model at GreenFest 2014. JJ is in the 5th grade at the Thomas Carroll School. 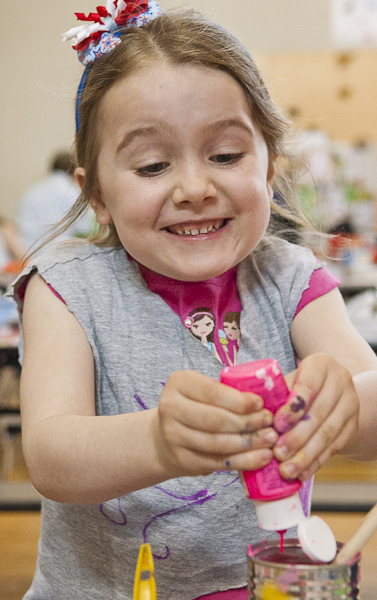 A team of more than 300 experts guided by a 60-member Federal Advisory Committee produced the report, which was extensively reviewed by the public and experts, including federal agencies and a panel of the National Academy of Sciences.

Commentary by Joe Romm on urgency of the report.

GreenPeabody is a mayoral appointed committee and was created in March of 2009 by then Mayor Michael Bonfanti as a long-term ad hoc green committee.

The Green Peabody Committee takes a leadership role in promoting, advocating, and educating all interested citizens in a community effort to become a more energy efficient and sustainable City while also creating a healthier environment for the residents of Peabody and the surrounding area.